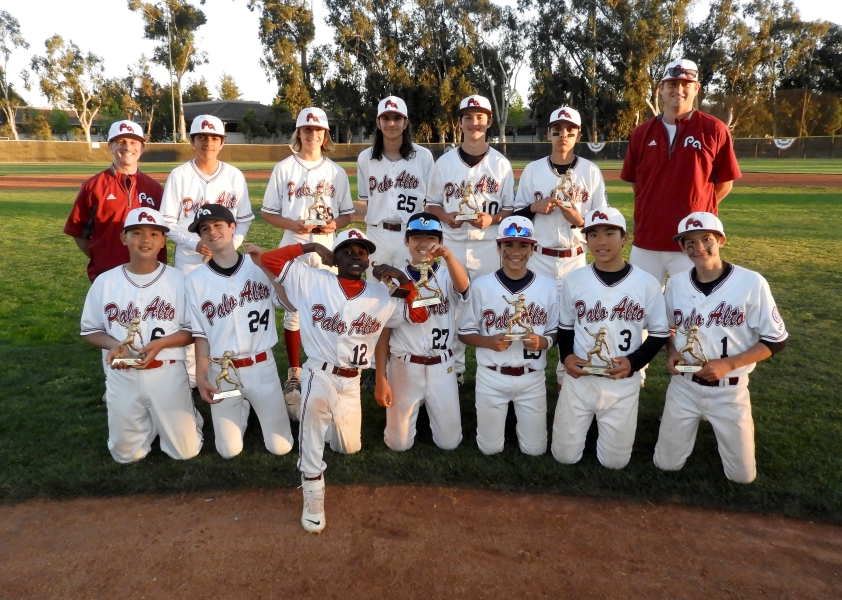 The Palo Alto Red Sox beat the Palo Alto Oaks by a score of 9-5 on Saturday, to sweep the best two of three series, and claim the 2022 Prep League championship! Congrats to all the Red Sox players and coaches! 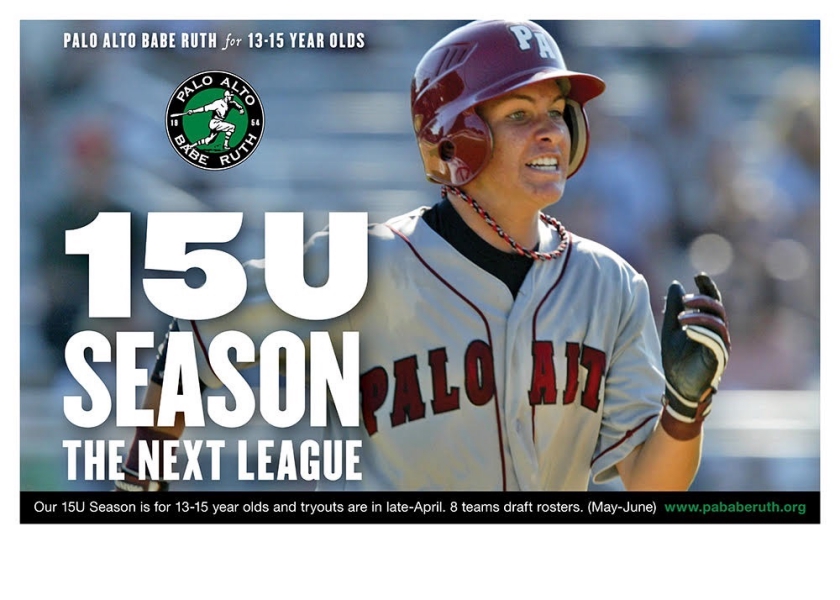 Click here to register and learn more about our 2022 15U League.

This year’s season runs from mid-May through the end of June. This is a more competitive league than our Prep League, but many of the players who participate in the Prep League will have the opportunity to play on a 15U team as well. There are no conflicts between the two leagues.

Our 15U tryouts will be held on Sunday, May 1 from 5-7pm and Saturday, May 7 from 4-6pm, both at Baylands Athletic Center in Palo Alto. Players in our Prep League do not need to attend the 15U tryout since the Prep League serves as their tryout. Also, players who were previously drafted onto a PABR 15U team do not need to try out. All other new players to PABR must attend at least one tryout session in order to be eligible to be drafted onto a 15U team.

Following the tryouts, a draft is scheduled to be held on May 8th. Selected players will get drafted onto a 15U team where they can stay for the duration of their PABR careers. If your child does not get drafted by a 15U team, you will receive a 100% refund, so there is no downside for registering. Our 15U season is fairly compact, allowing players to enjoy Babe Ruth with minimal conflicts with other programs and no conflicts with their high school seasons.

At the end of the 15U season, the top four teams earn the opportunity to compete in our coveted City Championship tournament.

Join the fun: We’re a volunteer, community-based league, so we welcome all families to apply for Manager/Coaching spots or Board Member roles. Just let us know what you are willing to volunteer for during registration.

If you have any questions about the league, please contact Ron Fried (PABR board member) at ron.fried@sri.com. 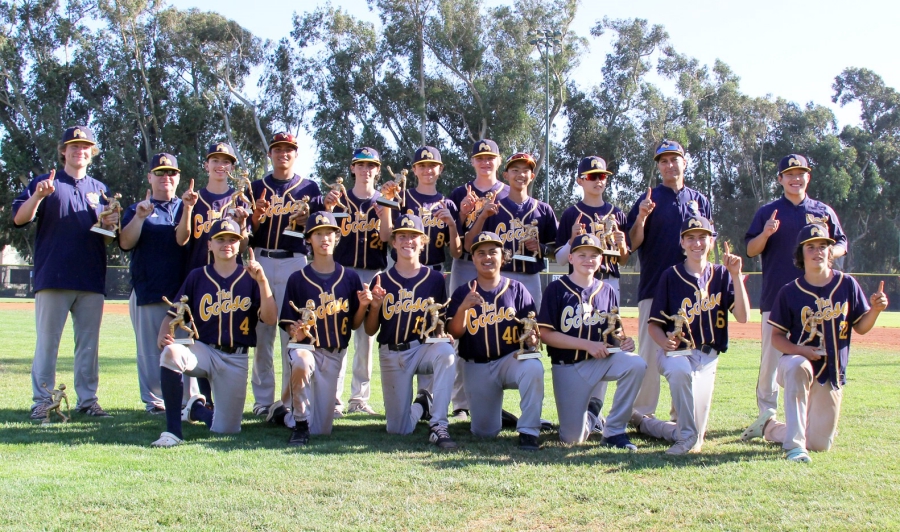 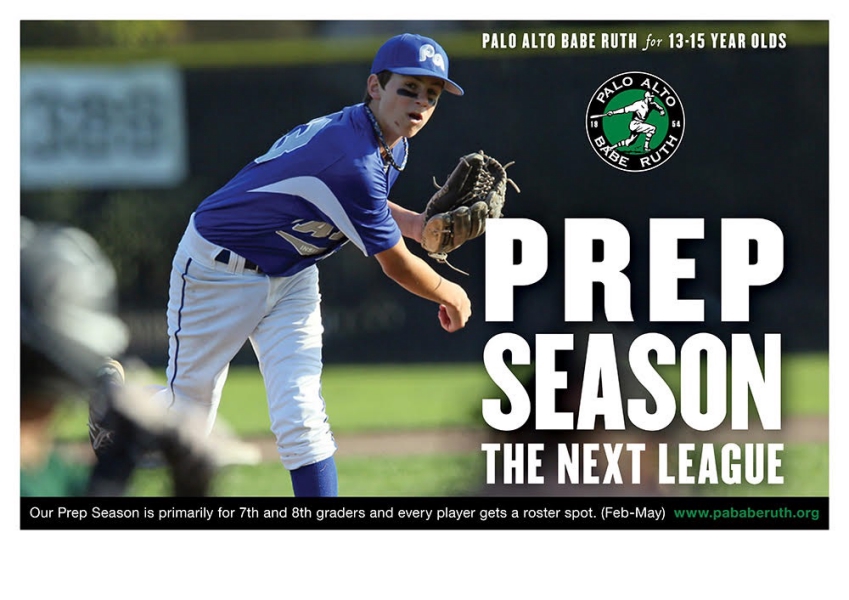 Click here to register and learn more about our 2022 Prep League.

There are no tryouts or cuts, so every player who registers is guaranteed a spot to play in this season which runs from March to May. Our Prep Season is a developmental league designed to help younger players develop their skills on the full-sized diamond and prepare players for our 15U Season.

It includes two weeks of preseason clinic-style practices, a player draft, and an eight week season featuring one practice and two games per week for each team culminating in a fun City Championship Tournament. The league features minimum playing time rules to allow all players a chance to play in each game.

The Prep League is open to all 7th and 8th graders, as well as any high school student not on a high school baseball roster. Full refunds are issued if a player makes his/her high school team and is unable to play Prep, so there is no risk in registering. Registration is $475 and closes March 5.

Join the fun: We’re a volunteer, community-based league, so we welcome all families to apply for Manager/Coaching spots or Board Member roles. Just let us know during registration! 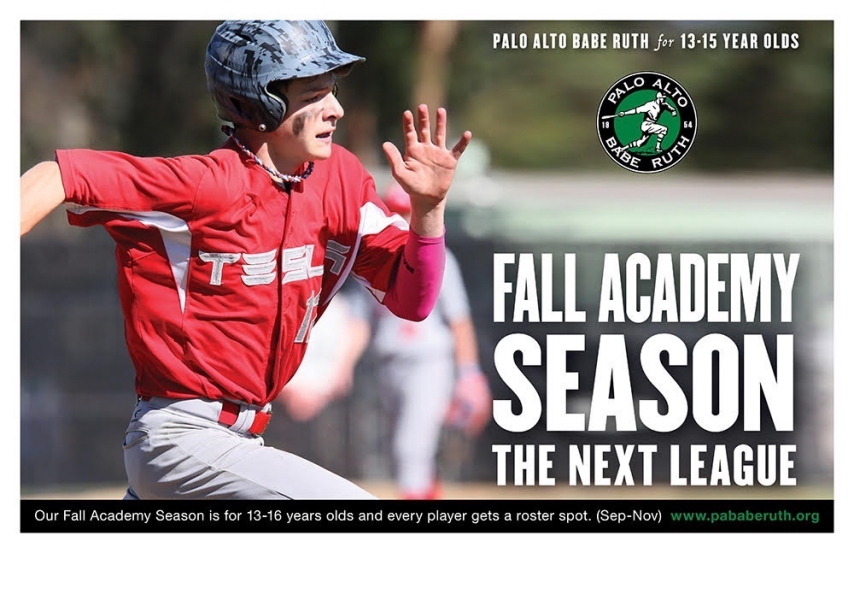 There are no tryouts or cuts, so every player who registers is guaranteed a spot to play in this season. Committed to teaching the highest level of skill development and baseball mechanics across every aspect the game, our Fall Academy will be run by Sean Hodson, head varsity coach at Saratoga High School, and assistants. This 10-week season beginning early Sept is for 13-16 year olds seeking to reach their maximum baseball potential for high school and beyond. We provide 2 clinic-style practices every week (Mon/Thur 6-8pm), plus weekend games.

Registration is $425 and closes Sept 6. First clinic will be on Mon, Sept 13 from 6-8pm at Baylands Athletic Center in Palo Alto. If for any reason you are unable to attend, you can receive a 100% refund of your fees by contacting Chris Lillios at clillios@compuserve.com.

As always, please do not hesitate to reach out to the board via email at ron.fried@sri.com if you have any questions.