Tryouts this spring will be in late April and selected players will be drafted onto one of eight 15U teams for the duration of their Babe Ruth careers. Much like Little League, there is no reason for a player to make a choice between playing either travel baseball or Babe Ruth. Most players currently in PABR do both with zero scheduling conflicts and the scheduling in late-spring allows our high school players to fully participate in Babe Ruth games. Each year, the top four teams earn the opportunity to compete in our coveted City Championship Tournament. If you are a returning 15U player or would like to tryout, register in January and save $25 with our Early Bird Rates!

Register for 15U Season 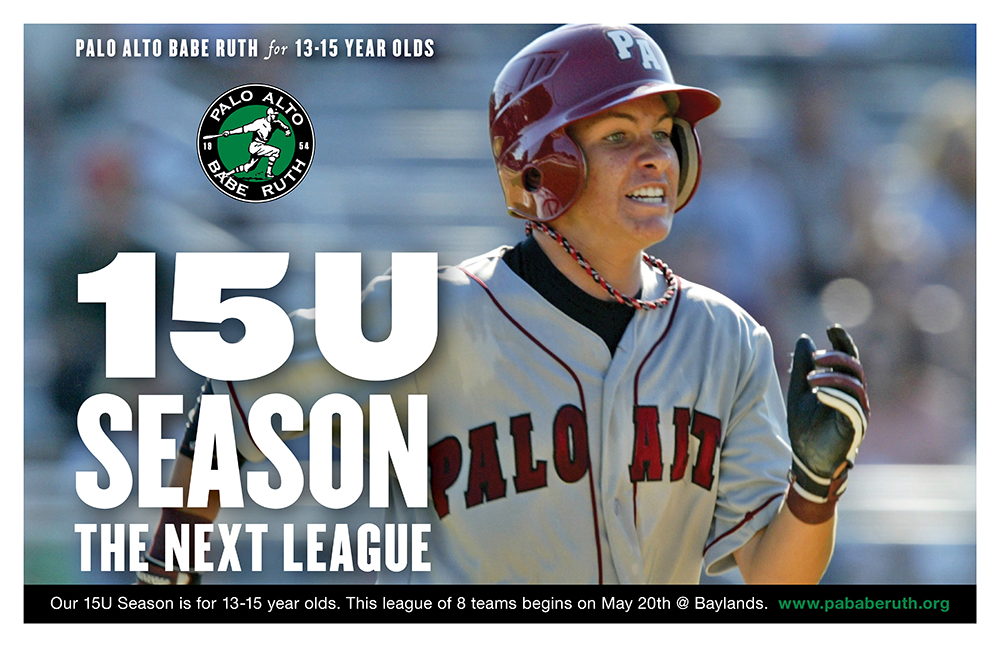